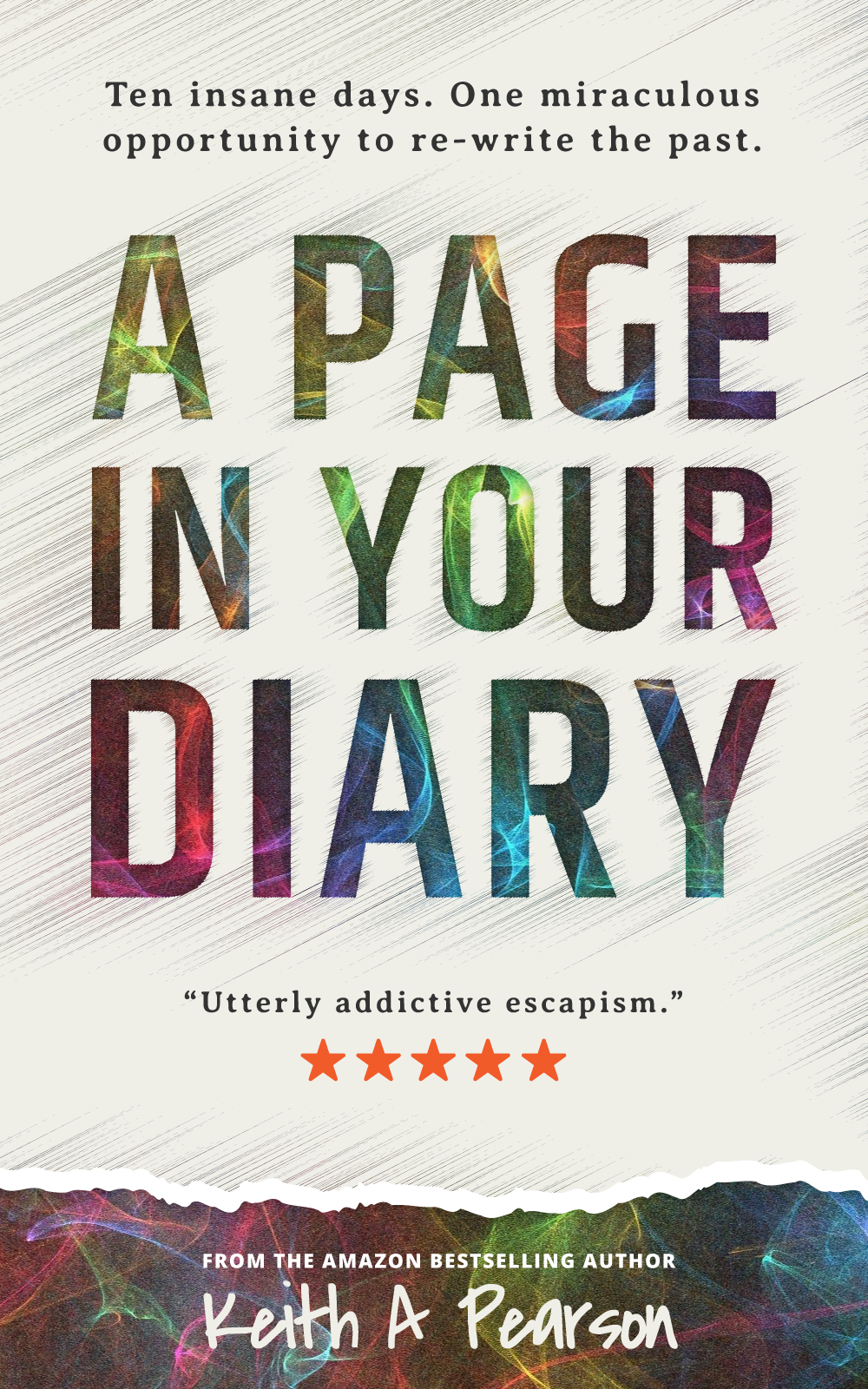 Available in ebook, paperback, and audiobook. To read a sample in your browser, click here.

Ten insane days. One miraculous opportunity to re-write the past.

In May 1987 Jackie Benton received a heartbreaking phone call from her boyfriend, Sean Hardy, bringing an end to their five-year relationship. He’d fallen for a fellow student at Exeter University.

Sean and Jackie would never see each other again.

Thirty-three years later, Sean returns to his home town. There, he inadvertently discovers what became of Jackie Benton.

That discovery instigates a series of events, culminating in a miraculous journey back in time – only days before a catastrophic event in 1988 destroyed Jackie’s life. Unbelievably, Sean has been gifted a chance to befriend his first love and steer her away from certain tragedy.

However, Sean faces one major obstacle – Jackie is an angsty youth, and he’s old enough to be her father. Then, there’s the challenge of keeping his true identity a secret while navigating life in ’80s Britain.

With time against him, can Sean connect with his one-time love and make amends for the pain his younger self caused, or will the same tragic history repeat itself?

Home > My Books > A Page in Your Diary