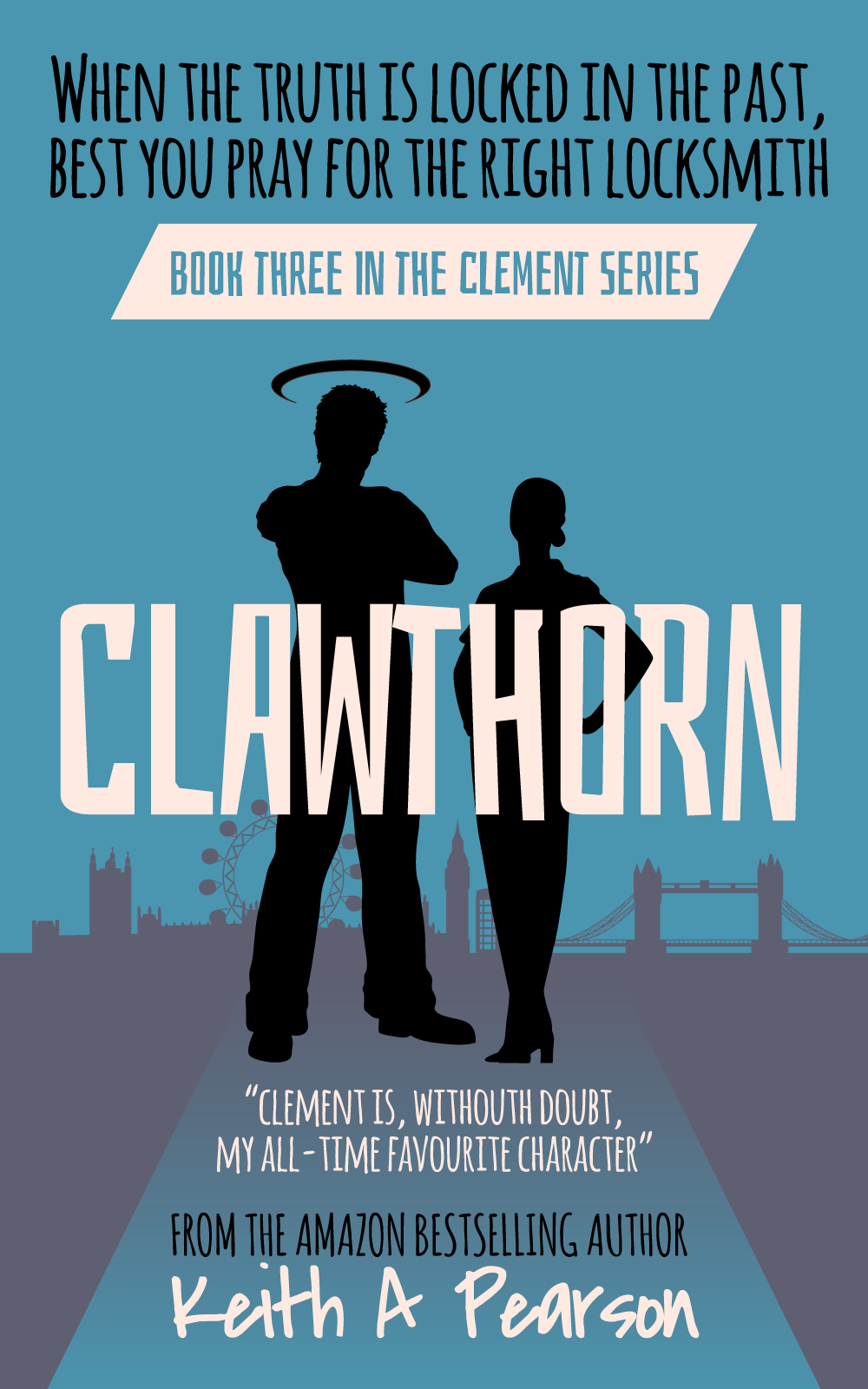 Available in ebook, paperback, and audiobook. To read a sample in your browser, click here.

When the truth is locked in the past, best you pray for the right locksmith.

Just four months after Emma Hogan was born, her father was convicted of a heinous crime and sent to prison for life.

Forty-six years later, and now a London-based journalist, Emma inadvertently discovers an old notebook she suspects might be connected to the father she never knew. Embossed on the front of that notebook is a single word — Clawthorn.

Unbeknown to Emma, the innocent-looking notebook is anything but, and it takes a stranger with an uncanny knowledge of the past to warn her of that fact — an intriguing stranger by the name of Clement.

With neither the notebook nor Clement being quite what they seem, Emma is compelled to dig for answers. However, one elusive individual will stop at nothing to protect the notebook’s secrets — its mysterious author.

As the past clashes with the present, Emma soon realises there is far more at stake than just a career-changing story. As for Clement; destiny may have brought them together but a seemingly higher power will decide their fate as they attempt to expose the truth about Clawthorn.